Project to improve and adapt the Buseu-Recallers crossing 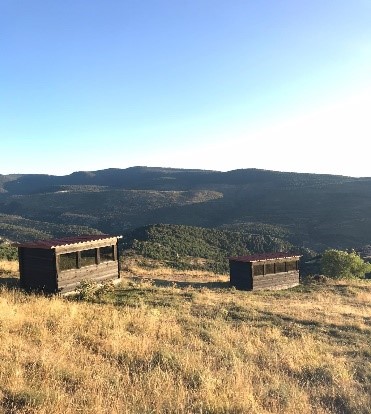 Throughout the year 2020 and in accordance with the aid regulated in Order TES / 184/2019 of the Department of Territory and Sustainability of the Generalitat de Catalunya, L’Altre Pallars SL, has carried out different actions around the project to improve and adapt the PAS (supplementary feeding point) of Buseu-Recallers in order to facilitate the obtaining of photographs of fauna in an ecotourism project in the municipality of Baix Pallars, in the Pallars Sobirà.

The main actions have been the construction of three hiding places or “hides” with police glass and observation turrets for the photography, filming and observation of strictly protected and threatened species such as the bearded vulture (Gypaetus barbatus), the cinereous vulture (Aegypius monachus), the egyptian vulture (Neophron percnopterus) and the red kite (Milvus milvus), among others.

This project has received a grant from the EAFRD fund of the European Union, corresponding to operation 04.04.01 of the RDP 2014-202 in the Natura 2000 site called ES5130003 Alt Pallars and the area of ​​natural interest of the Alt Pyrenees. 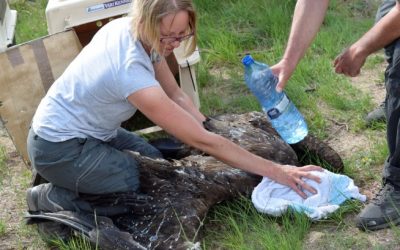 Beginning of the pilot project to fix the population of the black vulture in...

END_OF_DOCUMENT_TOKEN_TO_BE_REPLACED

Waste in Cal Tomàs? We don’t make it: we recycle it

Indeed. Cal Tomàs has made a collaboration agreement with the company l’Altre...